The answers to last week's quiz

As promised, here are the answers to the Pre-Intermediate vocabulary quiz we posted last week...

The answer is out of date.

‘Old-fashioned’ means that something is not often used nowadays. Here are two examples:
- "Those jeans she’s wearing are really old-fashioned. Nobody wears those now."
- "He still calls his father ‘Sir’. That’s really old-fashioned in the UK."
‘Out of date’ means that something is so old that it’s no longer useful.
‘Elderly’ is used about people. Here’s an example:
- "His grandmother is quite elderly. She can’t walk up and down hills anymore."
We use ‘classical’ to talk about music (Mozart, for instance) and architecture (such as in Rome). 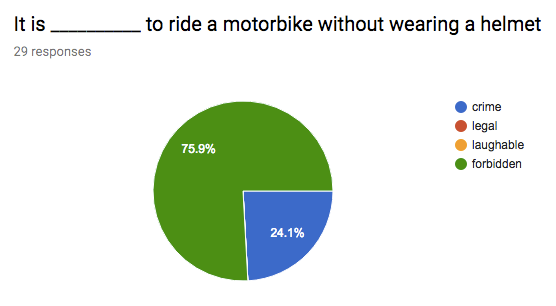 ‘Crime’ is a noun and so we would need ‘a crime’ to use it here.
‘Legal’ is the exact opposite of the meaning. If B were ‘illegal’, it would be correct – ‘against the law’
‘Laughable’ means ‘ridiculous’ and so is completely wrong.
‘Forbidden’ can be used for rules, sin and crime. Here are some examples:
- It is forbidden for Hindus, Muslims and Jews to eat pork.
- It’s forbidden for small children to swim in the pool.

The answer is retired.

‘Unemployed’ and ‘jobless’ are adjectives and mean the same thing – that someone has no job (although they probably want one).
‘Retired’ – we usually retire when we are 60 or 65 years old.
‘Sacked’ means that the boss told a worker to leave – probably because of bad behaviour:
- He was sacked because he never came to the office on time.

The answer is cruel.

We use ‘cruel’ to talk about people who enjoy hurting others.
‘In a bad mood’ means that someone is angry. Here’s an example:
- “Don’t ask him for money now: he’s in a bad mood!”
‘Horrible’ means ‘very bad’ and we can use it about food, people, the weather, places ... anything. But we can’t put VERY before it.
‘Populist’ means something very different. We use it about politicians who will say and do anything so that people vote for them. 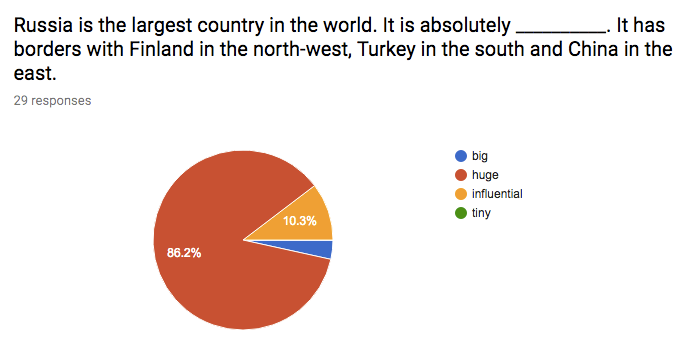 The answer is huge.

We cannot put ABSOLUTELY before ‘big’.
‘Influential’ means that someone or something can get people to change their ideas.
Here are are two examples:
- "Television can be very influential in changing children’s opinions."
- "Karl Marx was an extremely influential thinker in the 19th century."
‘Tiny’ means ‘very, very small’ 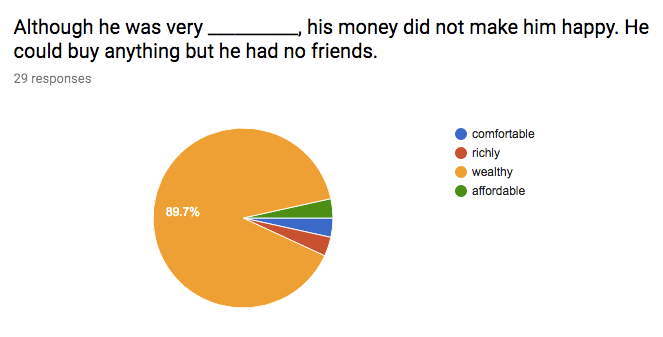 The answer is wealthy.

‘Comfortable’ can mean that someone has enough money but not that she is very rich.
‘Rich’ is used as an adjective and we cannot use it as an adverb – ‘richly’ – to talk about money.
‘Affordable’ means that something is cheap enough for us to buy it – in other words, it’s not very expensive.

The answer is tiny.

The answer is nephew.

You are a cousin of your uncles’ and aunts’ children.
Your brother’s or sister’s daughter is your niece.
A nephew is a son of your brother or sister.


We hope that everyone who did the quiz found it useful. We'll be posting another one in a couple of weeks time.