'The Reader' is a novel published in 1995 by a German law professor, Bernard Schlink, and transformed into an Oscar and BAFTA-winning film, featuring Kate Winslet, in 2008.

The plot of the film revolves around a war crimes trial where the truth of who was responsible for the deaths of prisoners in a concentration camp can only be determined by the identity of the author of an official document. I will not spoil the book or film for you by giving away the details but it's enough to say that Schlink has explained that his novel was not about the Holocaust, as such, but about the life-changing effects that being able to read and write can have on one's life. 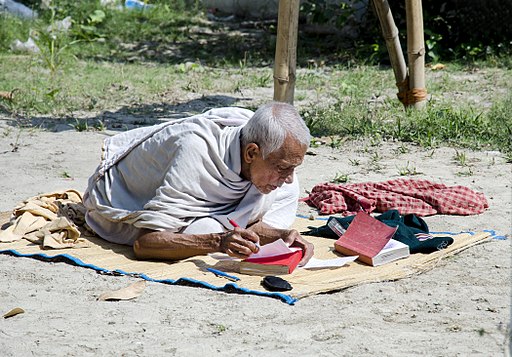 The best learning experience of my life took place in Saudi Arabia in 1996. I had been teaching a group of Saudi manual workers in Jubail, which, at that time, was a ghost town - built but uninhabited - but is now a thriving city. On the last night of the four-month course and, incidentally, my last day in the Kingdom, a student called Nasser approached me and said he was truly grateful for the opportunity to learn English. He pointed out that the language would be completely irrelevant to him in his work and that he never travelled abroad or watched English language movies but those were not the reasons he appreciated the course.

In fact, Nasser was illiterate in Arabic, his own language. He had got home from work in the evenings to be requested by his daughter and son for help with their homework. He always pretended that he was tired after a long day at work and brusquely shooed them away. He invariably seemed bad-tempered with them when he wanted to appear a loving dad. This is a paraphrase of what Nasser said about learning to read and write English:

"This course has taught me that I'm as clever as anybody else when I thought I was stupid. Learning English has changed the way I see myself. It has given me the courage to let my kids know that I can't read and write. Now they're teaching me Arabic and I don't feel ashamed. So, I'm no longer bad-tempered with them."

There are many reasons to read: to escape to other worlds; to get information; to reinforce the knowledge that whatever we are going through, we are not the first to tread the path. We might read to improve our writing, to excel in exams, to keep up with the news. But Nasser's is the best reason I have ever heard.

Watch or read 'The Reader' for the (fictional) story of how (il)literacy changed a woman's life.

Get in touch to give it a try