General Bill Slim - The Soldier who Won the War in Asia

Bill Slim was a good student but his parents didn’t have enough money to send him to university and so Bill left school to become a primary teacher. But education was not going to be Slim’s future. In the First World War, he fought bravely and became an officer and, when the Japanese entered the Second World War, he led the fight against them in South Asia, destroying their armies before they could reach India. Read the story of this much-loved soldier (1,110 words). 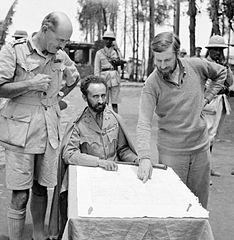